I’m continuing with my current loco build. In an earlier post I said I thought there was a large gap between the trailing bogie and the rear of the loco.

I extended the rear bogie so that it’s further under the cab. I’m much happier with the look of the loco. Thanks Michael!

It was reasonably easy to do. The bogie clips into a hole in the chassis.

I made the longer bogie from some U section plastic, reinforced with 1mm (40 thou) plasticard. There’s a hole at one end to accept the split pin and I cut down the original bogie so that it could be glued to the other end.

This is the final assembly. The extended bogie can be clipped into the hole in the chassis. Job done. 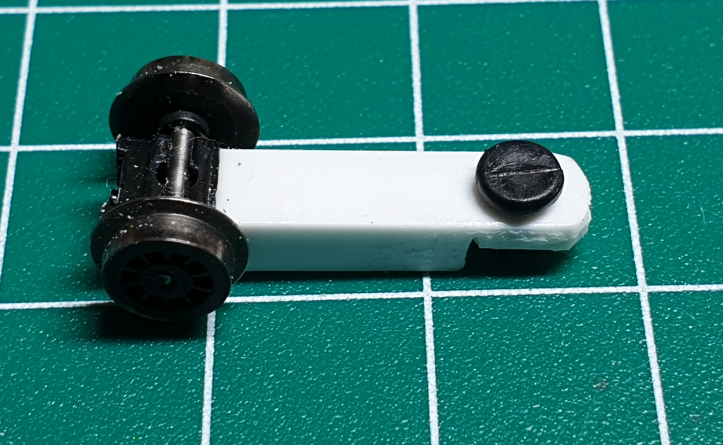 I’ve completed two other jobs on the loco this week. A whistle and the smokebox door have appeared.

Next steps: a final sand down and a coat of primer.