Day Out at Bressingham

Yesterday, I spent a relaxing day at Bressingham Steam and Gardens. The sun was shining, the trains were running and there was a smell of coal smoke in the air – who could ask for more!

First, a trip on the 10 ¼ inch (260mm) gauge garden railway with loco ‘Alan Bloom’. Built at Bressingham in 1995 it was inspired by the large quarry Hunslets. 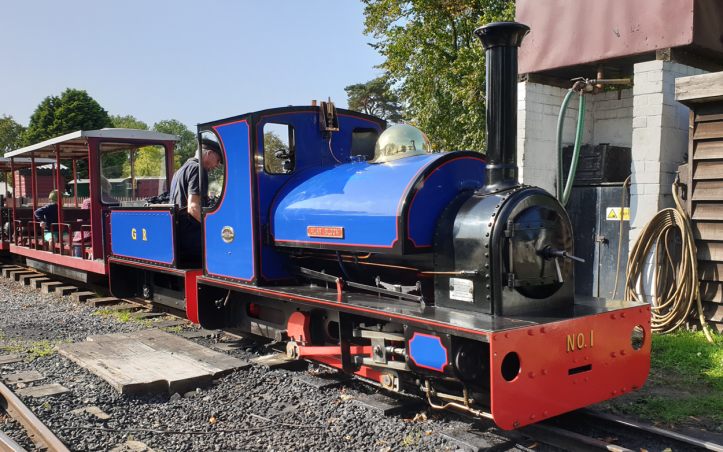 The garden railway is, erm, lightly balasted. In fact the sleepers sit directly on the ground.

The gardens, designed by Alan Bloom himself, looked fantastic.

I wasn’t the only visitor 🙂

The Garden Railway is a baloon loop. The train stops in the station, the loco is uncoupled and runs onto a turntable.

The loco turns, runs around the train and is coupled up for the next journey.

The 2 feet (600mm) gauge ‘Fen Railway’ was running too. Bevan came to Bressingham in 2007 as just a boiler, frames and cylinders made by The Welding Institute in Cambridge. The team at Bressingham completed the build and the loco first entered service in 2009. She’s loosely based on the Kerr Stuart Wren class of locos but, in my opinion, not quite as elegant.

She’s a good runner though and the Fen Railway passes through some lovely scenery.

The locals don’t seem to mind the trains. 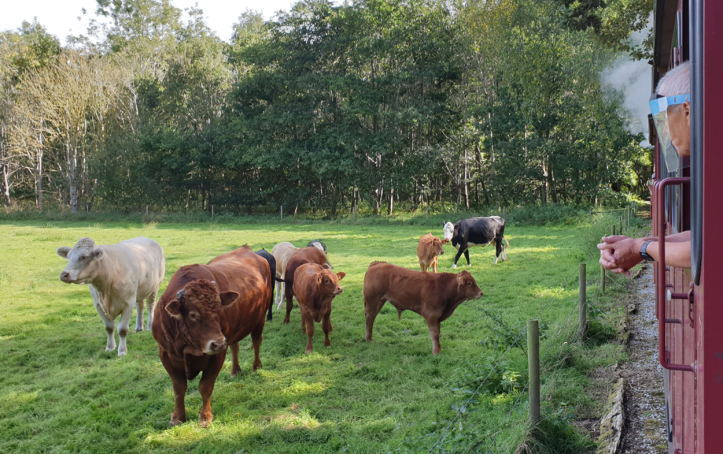 Back at the station these three wagons caught my eye. The middle one looks like one of the wagons originally built for RAF Alrewas. Does any one know if this is correct?

I stopped for a little lunch, Bressingham does an excellent fish and chips.

Then I had a ride on the steam gallopers, on a rooster called ‘Kentucky’.

There was plenty of time to visit the loco sheds and exhibition. 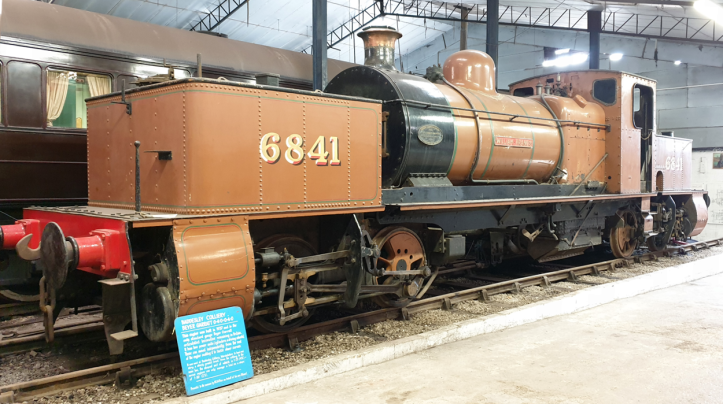 Next to the Garratt is something a litle smaller. This open cab saddle tank was built in 1897 for the Beckton gas works in East London.

A 2 foot gauge Simplex has been converted into a ‘Toby the Tram’ engine. Rather cute but I’m intrigued to know what the original Simplex looked like.

Is anyone in the market for a quarry Hunslet boiler? Well, you can’t have this one. It belongs to Bressingham’s ‘George Sholto’ which has been stripped down in preparation for its 10 year overhaul.

Possibly my favourite loco at Bressingham, the Krupp build ‘Rosenkavalier’. Sister loco Männertreu is undergoing a major overhaul and the frames were on display in another part of the building. Hopefully we will see Männertreu steaming at Bressingham in the not too distant future.

During the Covid lockdown earlier this year Bressingham started an ‘on track’ appeal to raise funds for the Trust. Caroline brought me a piece of track as a surprise present and I am now featured on the wall of the exhibition centre. Fame at last 🙂

I had a great day at Bressingham. If you want to visit this year, you have until Sunday 1st November as that will be the last day of their 2020 season.