Second Building for the Yard 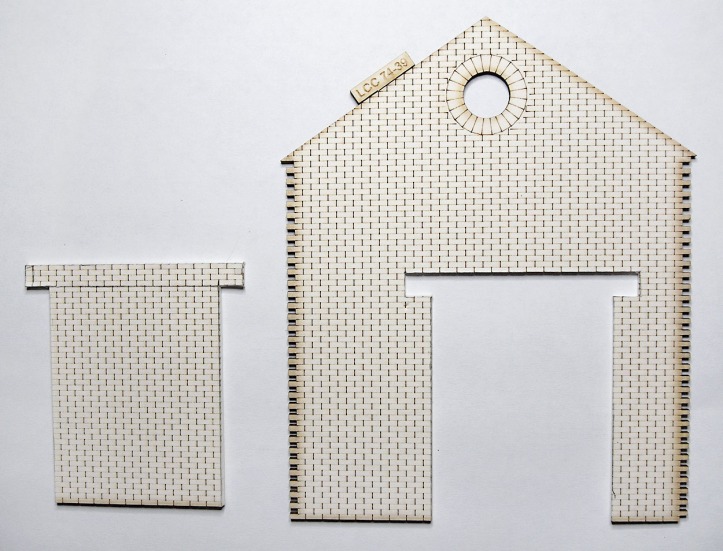 The building for the right hand side of the yard will be different from the one opposite it. It will have two entrances, one with a large lintel above it. I cut one of the standard LCut components to create the opening and the space for the lintel.

The facade of the building was created from LCut components and I added a piece of cardboard from a cereal packet to represent the lintel. 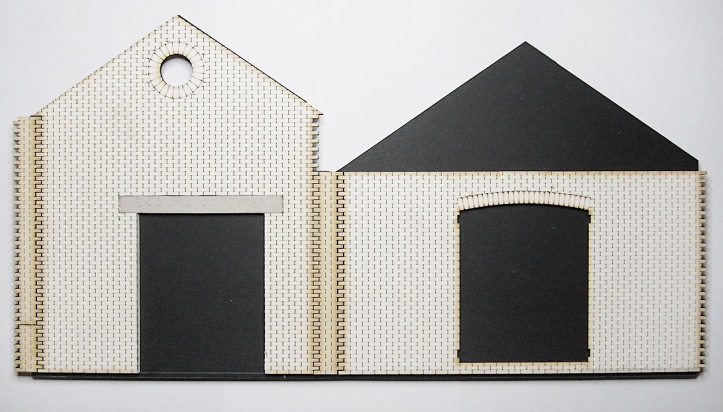 Here’s the building after the first coat of paint, Humbrol 121 Matt enamel. 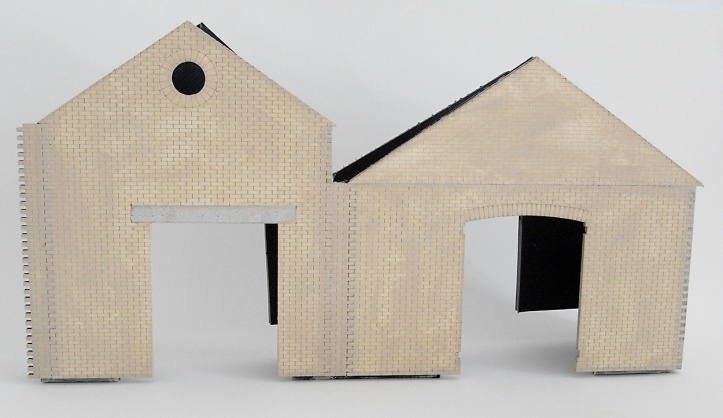 It is an odd shape. I didn’t want the yard to be square so I’ve built this side of the yard so that it tapers away from the viewer. The thicker end will be to the front of the baseboard. 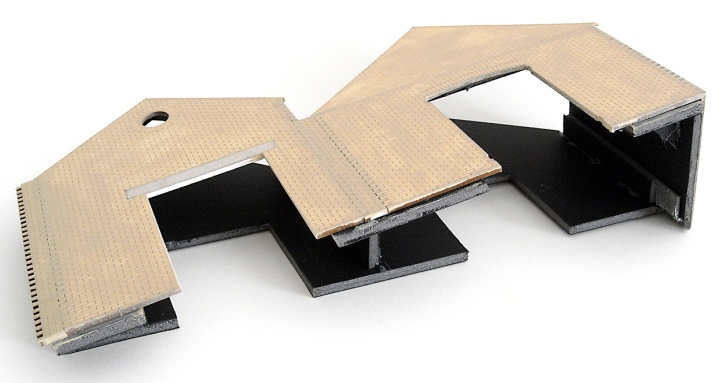 The facade was given a second coat of mortar colour and the lintel painted light grey. 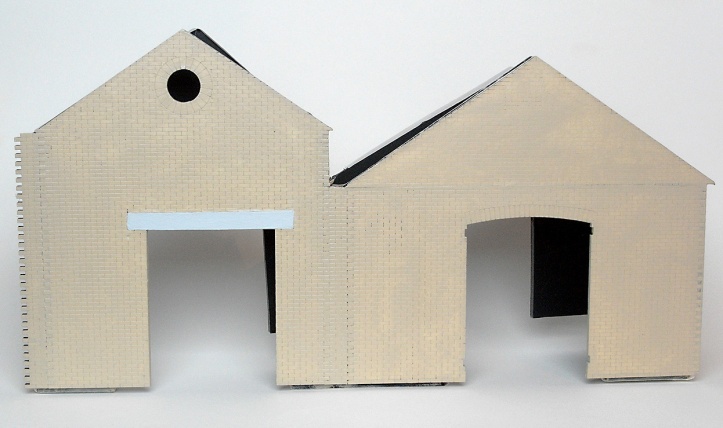 Next the brickwork was dry brushed with Humbrol Brick Red which gave an reasonable, but rather uneven, first coat. 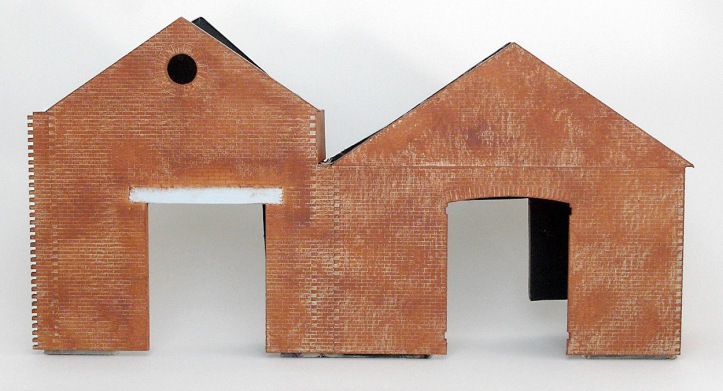 The join between the two pieces of wall on the right hand side of the building wasn’t quite flat. The components were made of different thicknesses of fibre board (I suspect they came from different kits) and I wasn’t able to align them perfectly. This was disguised by adding a small piece of decorative brickwork over the join.

To complete this building it was dry brushed with Humbrol Brick Red for a second time, the lintel was repainted to remove the spots of red paint and the building was varnished. 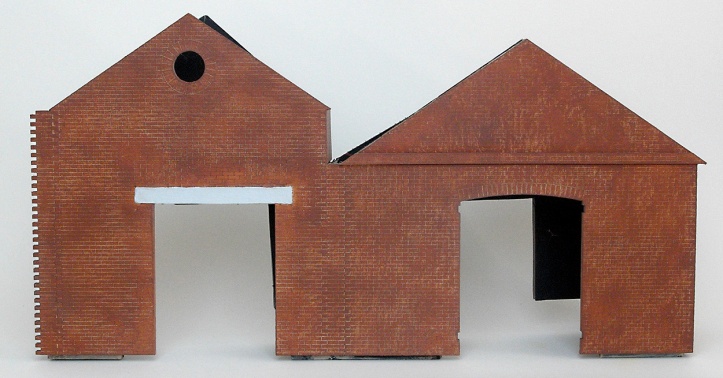