There was so much going on it’s difficult to know where to start. Perhaps, I should start with the layouts that inspired me.

The most stunningly presented layout was Dungeness by Des Trollip. My picture doesn’t do it justice.

My favourite layout of the day, slightly bigger and offering lots of operational interest was Loch Ewe Harbour by Stan Williams and Roger Christian. The quality of the modelling was superb. It was full of interesting details to catch the eye. Stan and Roger were very helpful, sharing many useful modelling tips and techniques. I learned a lot from chatting with them . 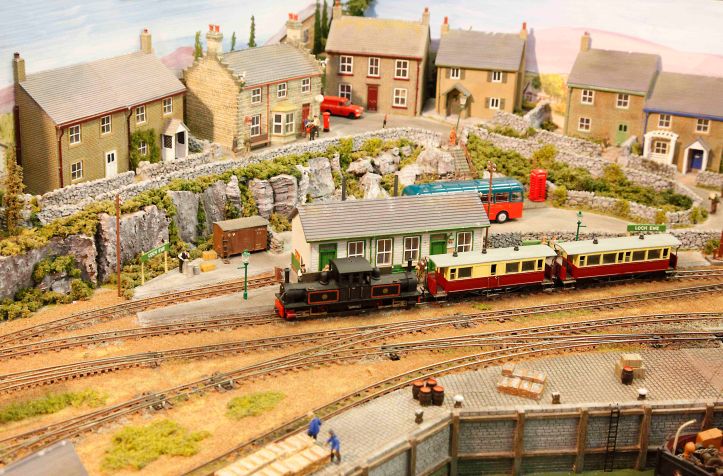 Next, Mulldale by the Letchworth Model Railway Club. I loved the industrial feel they have created. 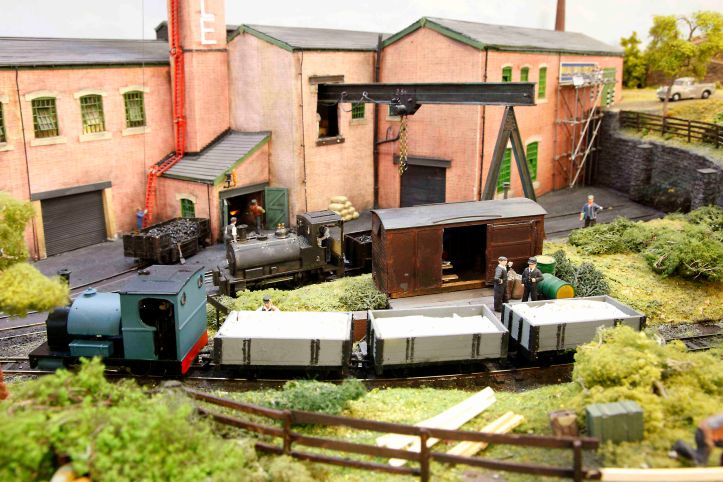 My final choice of the many layouts is Grange West Tramway by John Dean. This is a very large layout but what impressed me the most were the detailed scenes throughout the layout. Here are just two examples. 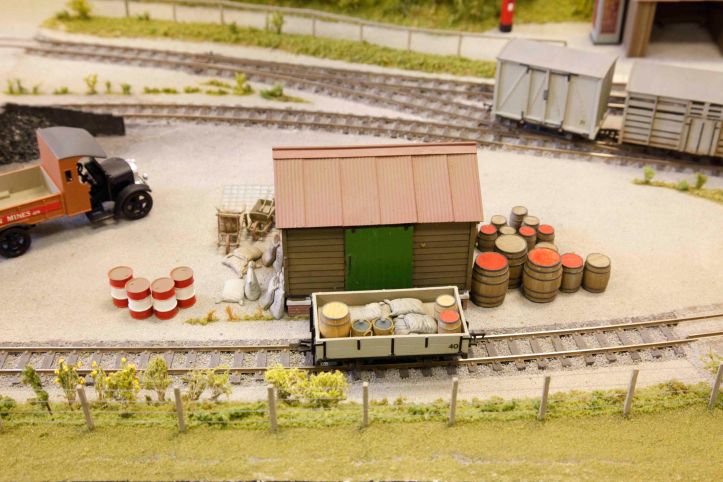 Patrick Collins kindly let me operate his layout Ryedown Lane while he toured the exhibition and got lunch. It’s a lovely Colonel Stephens style layout and it was a pleasure to operate it. Shockingly, I got so absorbed in operating the layout I forgot to take any pictures of it (!)

The trade stands were full of tempting goodies. Yes, I succumbed.

From the 009 Society Sales Stand I brought several wagons, a loco crew, a very nice Jouef Decauville (which I plan to modify) and a TT scale tanker. I was very pleased to find the TT tanker. I have been thinking of buying one for several months and there it was just lying in a rummage box. I purchased a new 3D printed George England Loco from Chris Ward. What a nice guy he is.

Finally, and most importantly, the sausage sandwiches and cakes were delicious.

It was the first time I have attended and it was a great day out. Well done to Mark Howe and the Beds & Bucks team for organising such a good event!