Almost two years ago the 7mm Narrow Gauge Association published an article by Derek Harris on resin casting (in Narrow Lines 227 October 2017). Derek’s article made resin casting clear and easy to understand, and it intrigued me. The idea of trying resin casting has been buzzing around in my head ever since. I’ve finally decided to give it a go.

It would be fun to make create a mould of the fake chassis for my recent O9 wagon and try to make some copies. 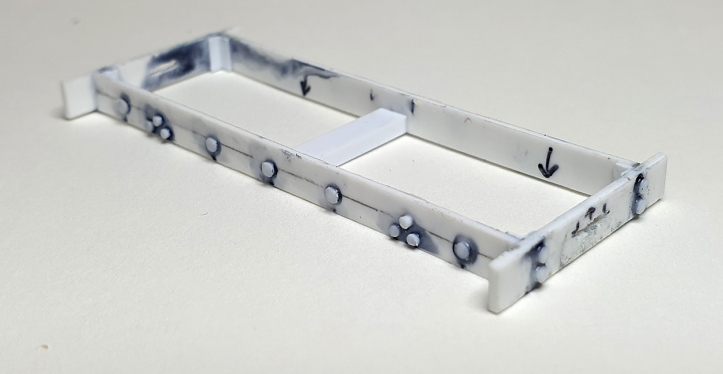 First job was to make a support to pour the mould into. I used some foam board offcuts. 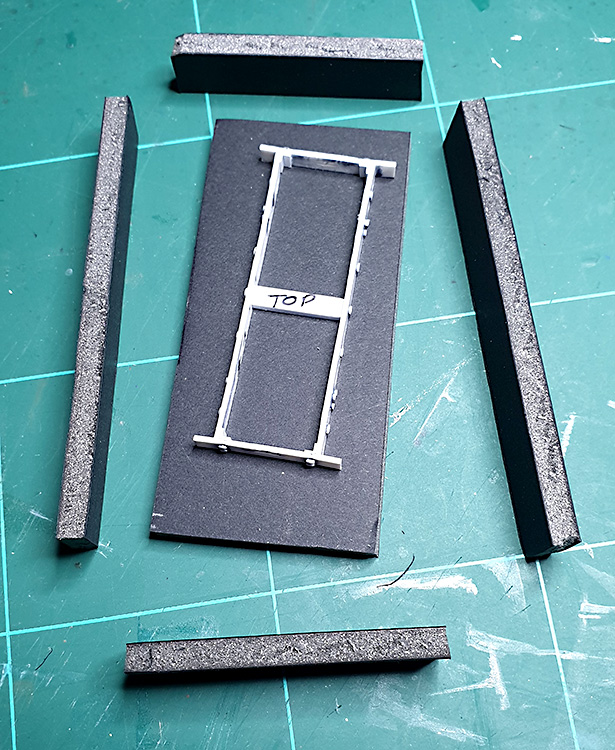 The foam board box was lined with sellotape to make it more moisture proof and a piece of masking tape was stuck to the base of the frame to hold the chassis in place. I didn’t want it floating away!

To create the mould silicon rubber paste is mixed with a catalyst. The rubber is off white in colour and the catalyst is red making it easy to see when it’s evenly mixed.

The mixture was carefully poured into the container, I’d read that to reduce the bubbles its better to pour from a height, and this seems to be true. After pouring I dropped the mould onto the bench from a height of about 3 inches (approx 7.5cm) and this forced more bubbles up to the surface. Then I left the silicon rubber to set. Twenty minutes after pouring the mixture I was surprised to see that there were still bubbles rising to the surface. I guess it’s good they were coming out, but I need to be careful not to create bubbles in future.

I left the mould to set for about 24 hours. This is the hardest part – waiting to see if it’s worked.

Then the hardened rubber can be removed from the support. 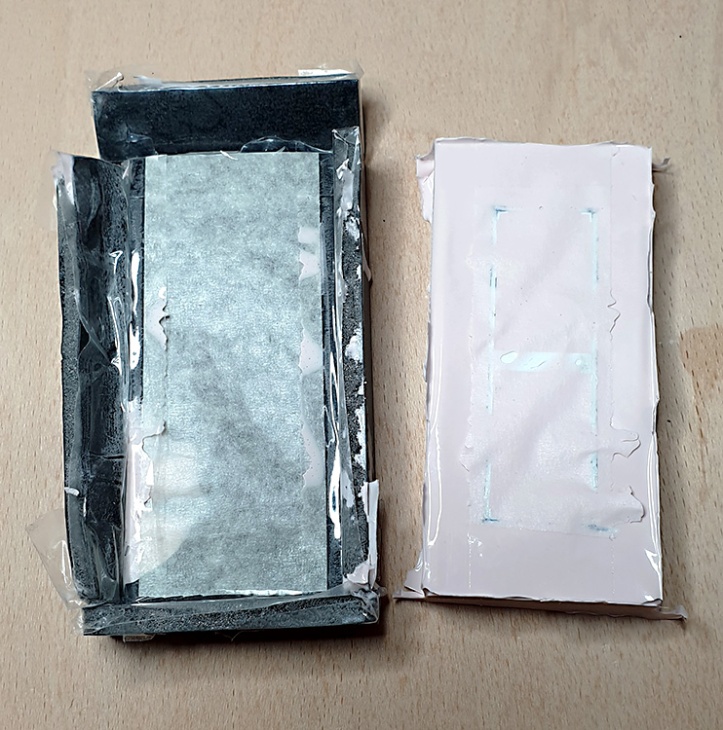 The plasticard original can be carefully removed from the mould.

I was pleased to see that the mould had indeed taken the form of the original and the detail on the sole bars was visible. 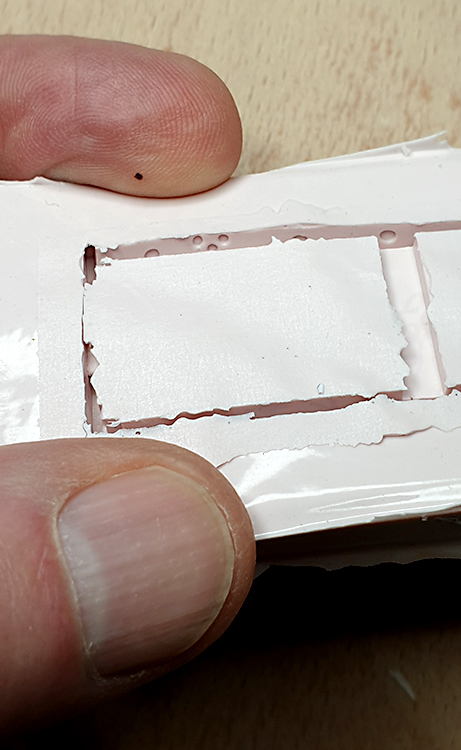