Yesterday was the Daventry MRC exhibition. It was a nice exhibition and I enjoyed nosing around the traders and the layouts. These included Tanybwlch by Nigel Smith an 009 model of the Ffestiniog Railway station in high summer sometime between the early 1990’s and the present day. It’s very well modelled with lots of interesting detailing, including this track gang (if two people can be a gang 🙂 ). 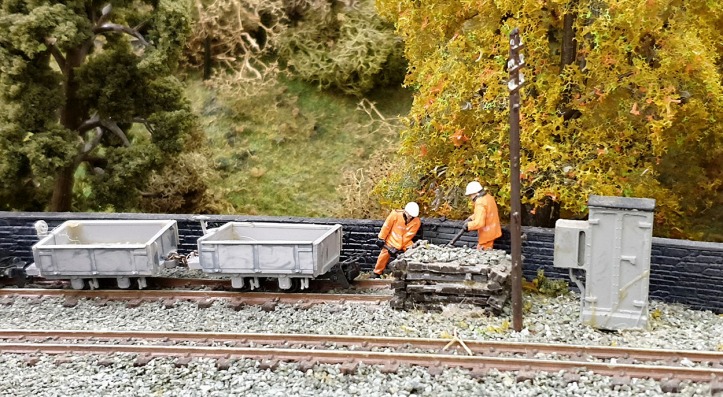 I’d popped along to see the 5.5mm association’s modules and learn more about them. 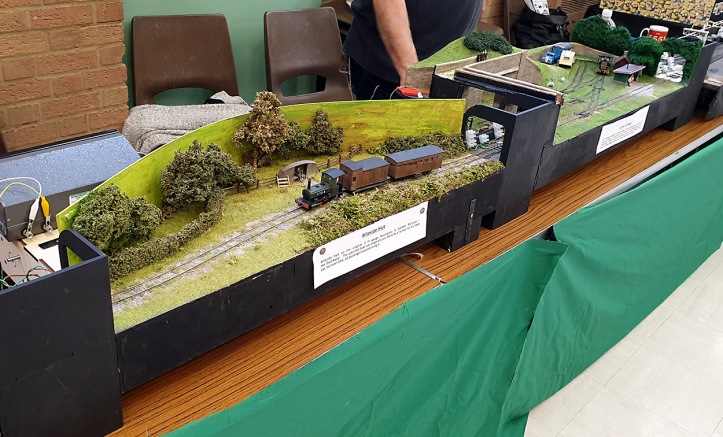 Each module is 900 x 400mm (roughly 36 x 16 inches) and is joined to adjacent modules by a short linker unit. The plain black linker provides a great way of joining modules with very different themes without it appearing strange to the viewer.

They had two modules on display. Miteside Halt by Steve, on the original 3 foot gauge Ravenglass and Eskdale Railway, where an upturned boat was used as a passenger shelter.

5.5mm to the foot (1:55) scale is an unusual scale for railway modellers, but 16.5mm track represnts 3 foot gauge exactly. Steve had some very nice models of the original 3 foot gauge R&ER stock.

It’s interesting to see the different approaches taken by Steve and Bob. Steve’s created a single line of track, and he hasn’t covered the whole module in scenery, preferring to focus the viewers attention in a limited area. Bob has used all the space and added more track to create a module that can be used as an independent shunting layout. Both approaches are great ideas and show the flexibility of the modular approach.

I liked Bob’s open wagons, made from 00 scale wagons. Two wagons were cut to two-thirds of their original width and then the two two-thirds sections were combined to create a wagon that is slightly wider than the original. They looked good as narrow gauge stock. 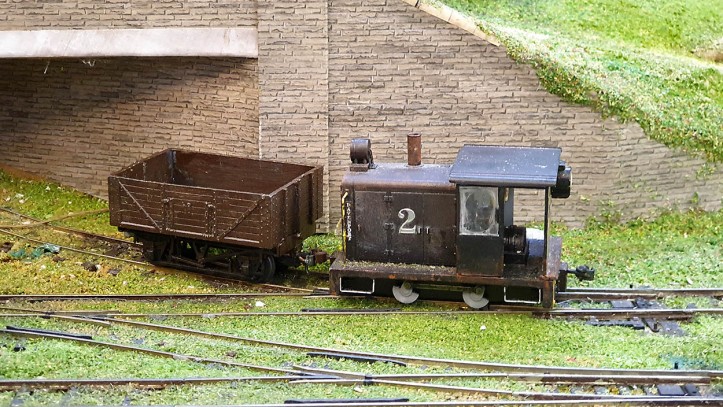 The modules are linked by these linker units. They are connected to each board via ‘Plug and Socket Terminal Strip’ connectors. The middle connector allows the operator to connect their controller to control trains on the ‘mainline’ between the modules. Bob has added a separate connector on his module to allow him to shut trains on the sidings while someone else is operating the mainline. 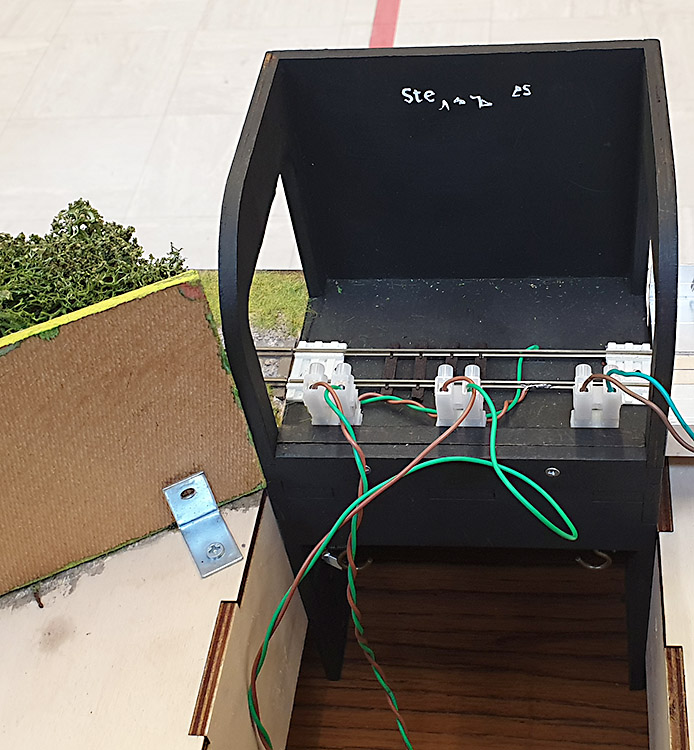 The group use 3D printed rail guides at the end of each module. The rails slide into the guide, ensuring the gauge is correct and helping align the track between the modules and the linker units. 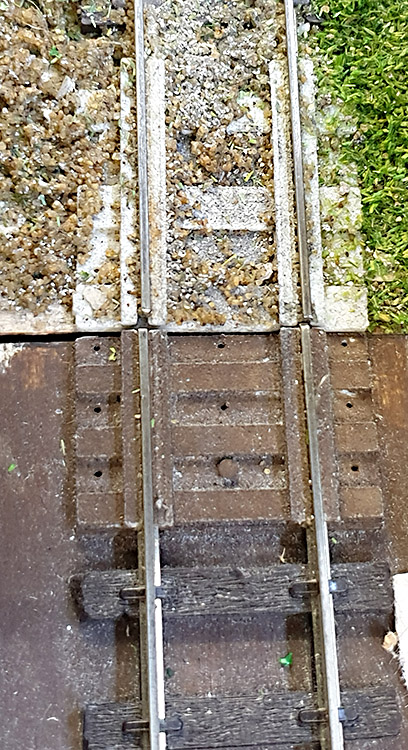 At each end there was an improvised cassette fiddle yard. The group have ordered a specially made traverser and hope to pick it up next week. I’m looking forward to seeing that.

I had a great chat with Peter, Bob and Steve. They were very helpful, giving me lots of advice and ideas. Thanks chaps!

I’m not sure I want to model in 5.5mm scale (I think my head might explode if I try to work in three scales at the same time!). However, I really like the idea of ‘linked modules’. They allow modellers to do their own thing, and come together to run trains as a group. It’s very appealing.