We’ve just returned from a lovely family holiday in the Lake District in England. We visited castles, bird of prey centres, fishing villages and did lots of walking in the dales and over the fells.

There were several trips on the Ravenglass and Eskdale Railway because we used the stations as the starting point or end point of our walks. The hiking was the most important thing and the railway rides were secondary (honestly 🙂 ).

For those who aren’t familiar with the railway, it was originally opened as a 3 foot gauge line in 1875 to transport iron ore from the hills around Boot to the mainline station at Ravenglass. The railway struggled to make a profit and closed in 1913. It was purchased by model engineers WJ Bassett-Lowke and R Proctor-Mitchell, regauged to 15 inch (381 mm) gauge and opened as a tourist line in 1915. The railway continued to have a perilous existence. It was offered for sale twice in the 1950s and was put up for auction in 1960. Luckily, a newly formed preservation society made the successful bid and have helped to run the railway ever since. It’s a lovely 7 mile (11.3 km) ride from the estuary at Ravenglass to the terminus at Dalegarth (close to the former terminus at Boot). In the peak summer season the trains are so long they fill the whole platform and the loco extends onto the turntable.

The scenery is spectacular and there are excellent walks from the railway.

Enough about scenery and hiking, let’s look at the locos.

Northern Rock was built by the railway in 1976 on the chassis of the 0-8-0 tank loco Muriel originally built by Sir Arthur Heywood in 1894. Unusual livery – Muscat Green of the old Highland Railway.

Whillan Beck is the line’s latest steam loco, build by German manufacturers Krauss in 1929 and beautifully restored by the Preservation Society. 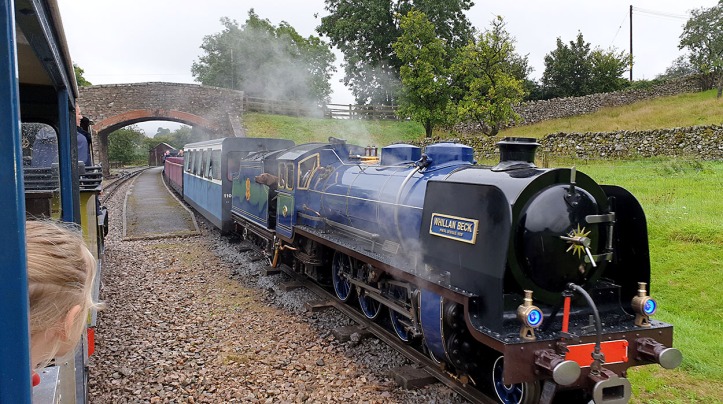 I first saw Whillan Beck at the RHDR in May this year and I posted several photos of the loco here.

The R&ER have a number of diesels. This loco is Douglas Ferreira a Diesel-Hydraulic B-B built in 2005 by TMA Engineering. 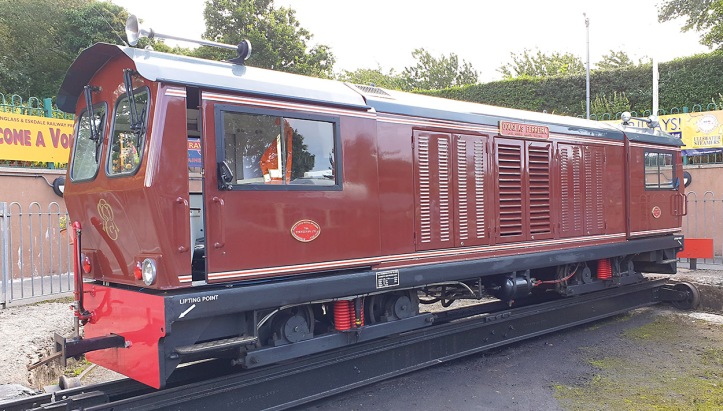 Outside of the Ravenglass engineering works I found the newly overhauled Perkins, a Diesel-Mechanical 4w-4 originally built in 1929 by Muir-Hill and the diminutive Les.

I rather like Les. It’s a modified RM2X Lister loco from 1960 that was a ‘special build’ for Jack-Lemmon Burton, a famous pre-war racing driver and miniature railway fan. It has a long 44 inch (112 cm) wheelbase, no adhesion weights and is fitted with a body very loosely based on a BR class 350 shunter.

Cyril, another Lister loco, is the station pilot and shunted the empty coaches at the beginning and the end of the day.

There is a fascinating free museum at Ravenglass and several of the exhibits caught my eye.

Little Giant is the first 15 inch gauge loco built by Bassett-Lowke. Dating from 1905 it’s a quarter scale replica of a 4-4-2 ‘Atlantic’ tender engine (although it isn’t a copy of specific prototype). 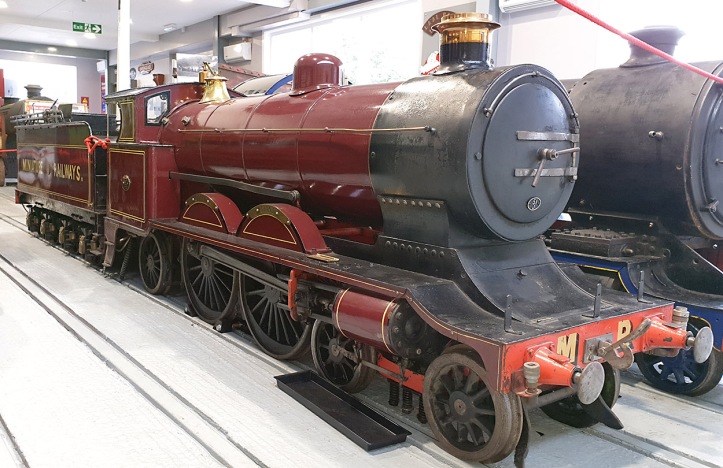 Next, partially disassembled, Synolda, from 1912, the first of three slightly larger Class 30 locomotives built by Bassett-Lowke. The preservation society are appealing for funds to reboiler the loco.

This is a Heywood ‘top’ wagon. Sir Arthur Heywood was the pioneer of 15 inch gauge railways, who designed and built flat wagons with removable ‘tops’ to convert them into open wagons.

I noticed the wagon has two different axle boxes. One is labelled ER 1903 (Eaton Railway) and the other is labelled DBW 1895 (Duffield Bank Works). Perhaps this wagon has been reassembled from a mixture of components. 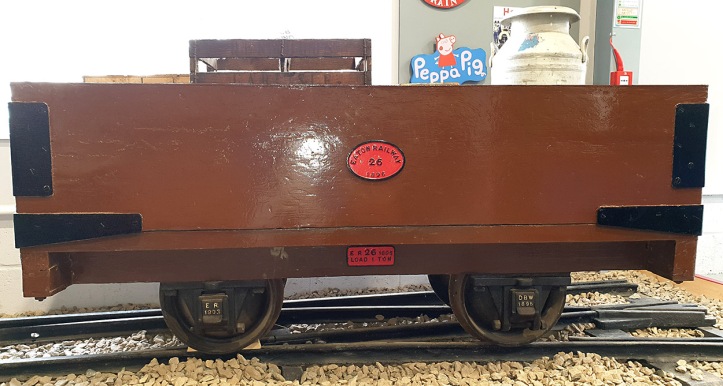 This is an original Bassett-Lowke 4 wheel coach. I really hadn’t expected to see this and I got rather excited by it!

On Tuesdays throughout August the railway offer ‘Driver for a Fiver’ sessions. I booked a place and was very pleased to find I would be driving Katie the 0-4-0 loco built in 1896 by Sir Arthur Heywood for the Duke of Westminster’s Eaton Hall estate railway. In 1916 she was brought by the R&ER but was sold on in 1919 and passed through many hands before returning to Ravenglass in 2017. It was a great pleasure to drive her. She ran really well and you wouldn’t know she was 123 years old!

It is easy to think that the Ravenglass and Eskdale railway is all about history but the line is an innovator too. In 1977 the railway installed a Radio Control Train Order signalling system. It was Britain’s first railway radio control system.

Here’s a poster from the 1970’s inviting people to visit the line to see the system. I’m not sure this would have appealed to the general public, but I wonder if the line was swamped with signalling anoraks…