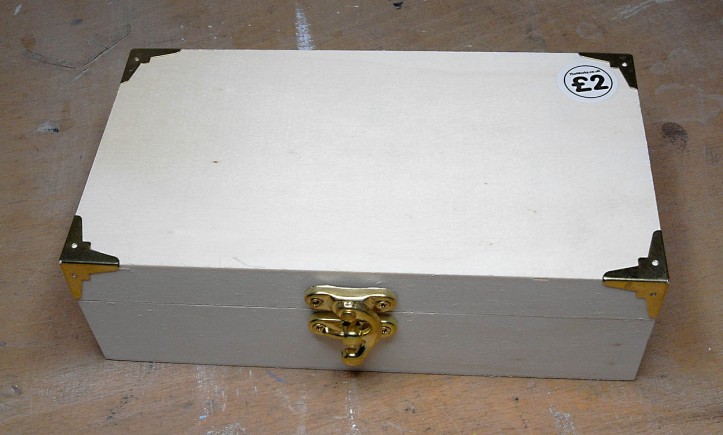 Sometimes ideas come from the most unexpected places. I was browsing around The Works, a shop that sells art marterials, when I saw this wooden box.

I thought the base of the box might make a good control panel. At only two pounds it was hard to resist. I brought it, took it home and disassembled it.

I painted it white, added some black lines to represent the track, drilled some holes and fitted the ‘push to make’ switches. I wired the switches to a ‘Plug and Socket Terminal Strip’ connector and, ta da, here’s my control panel.

Some modellers have raised making control panels to an art form. Mine isn’t in that league, but it’s was quick to make, it will do the job and it will allow me to start running some trains!