The Small and Delightful group held the 25th, and final, Narrow Gauge South West in February this year. With over 75 layouts, many traders and an excellent selection of cakes it was a heaven for narrow gauge modelers.

Here are a few layouts that caught my eye.

The Buttermere Mining Company by Bill Flude is a charming, dual sided O9 layout. I was very struck by the colour and tones of the model. They are much lighter that I would have expected, yet they work very well and evoked a hot summers day on a dusty mining line.

The image below is, one side of the layout and the image at the start of the blog shows the other. Two very different scenes on one layout and very nice modelling.

Let’s continue the mining theme with Afon Adit Gold Mine in O9 by Martin Rich. The layout captures the different layers in the landscape very well.

It is based on a real prototype in mid-Wales that operated until the 1980s.

The layout even features the underground workings and the locos move seamlessly from overground to underground. An unusual and interesting feature. (Sorry about the blurry photo).

Changing scale to OO9. Two layouts exhibited next to one another started me thinking about layout presentation. Both have a single line of track on the viewing side, well modeled scenery and a frame around the viewing area to set off the scene. I was very struck by how effective this (apparently) simple approach was.

Cleverly, the single line appears to climb from left to right. 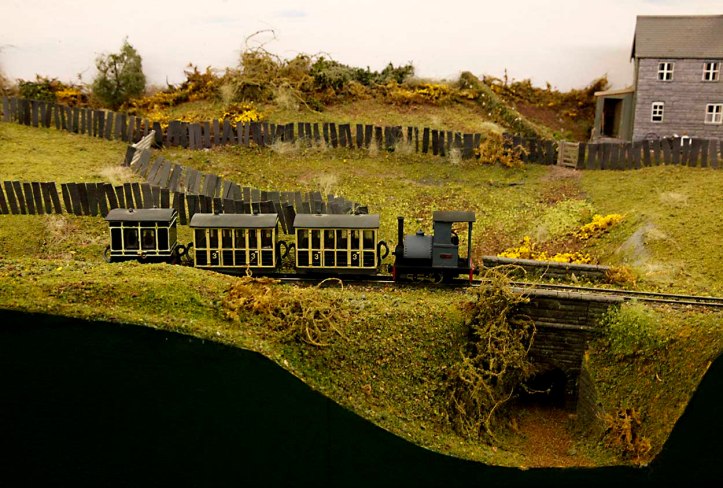 The scenic modelling is great with slate fences surrounding the fields. 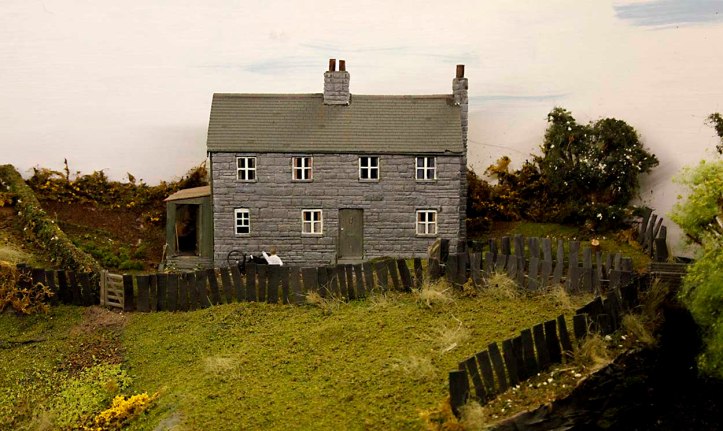 Tipyn O Bopeth (which I think means ‘a bit of nothing’ in Welsh) uses a very similar approach. It started as a test track, and evolved into a fully scenic layout. Ed Florey has made a nice job of the transformation.

The style of modelling is very different from Tal Coed, but the approach is similar and it was interesting to see how effective this ‘simplicity’ can be.

I was looking forward to seeing Enigma Quay by Richard Williams, I’d seen it online but never in real life. The layout is (roughly) triangular in shape and is cleverly designed to sit on top of an IKEA corner desk unit. If I had a layout like this on my desk I would never get anything done!

Built in 7mm scale (O9) the quay features an interesting mixture of buildings, in different styles that suggest the dockside has developed and changed over time. 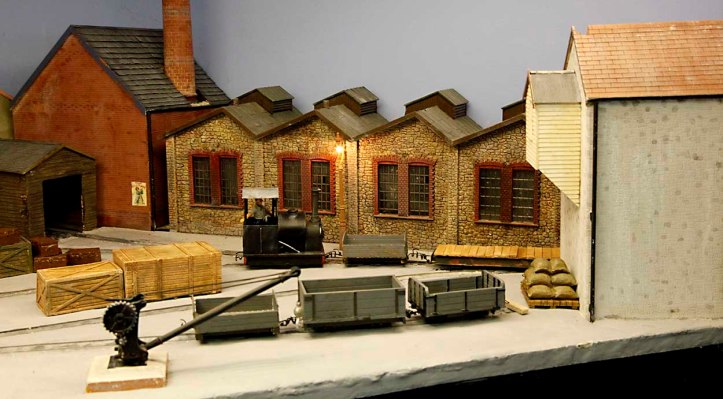 Richard has some lovely stock, I particularly like this passenger coach. It is reminiscent of the First Class coaches of the 18 inch gauge Royal Arsenal Railway in Woolwich. 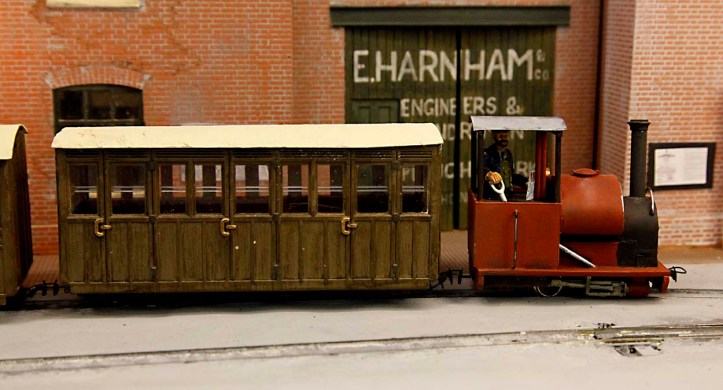 Finally, a very attractive 0-16.5 layout by Mike Baker: The Bath and District Amalgamated Fullers Earth Company. If there had been a prize for the longest layout name in the exhibition this would have been a strong contender. Also, I think it was a contender for the best modeling in the exhibition. The layout is a compact, industrial scene.

There are two buildings…

.. and the modelling is great. Just look at the detail, textures and colours in this small scene.

Many thanks to all of the Small and Delightful team for making this such an excellent and enjoyable day: the car park team, the reception desk, the organisers, the members helping in the exhibition and the catering team.

The organisers wanted Narrow Gauge South West to go out with a bang and they definitely succeeded!