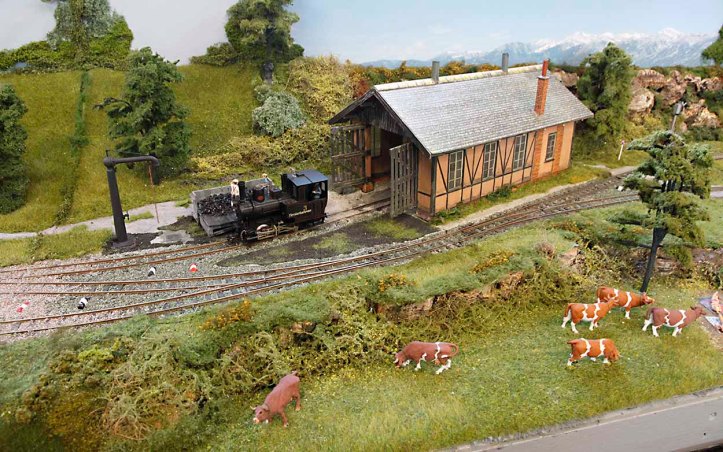 Johannesdorf by John Smith is a great model of a fictional Austrian 760 mm narrow gauge station in the Austrian Tirol. It has a real Austrian atmosphere (look at the engine shed, above), and the combination of 0 scale 16.5mm gauge is a great way to represent 760mm narrow gauge.

The layout has many very well modelled scenes. 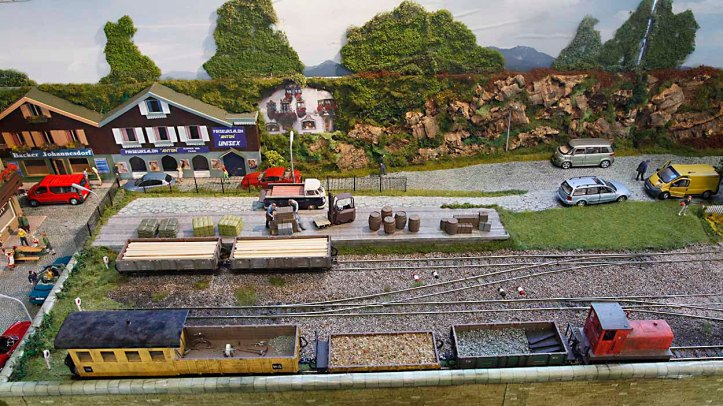 Next, Tansey Bank Bob Vaughan’s 009 model of a preserved ex-industrial line. The rolling stock was lovely and very well weathered. Bob told me the technique was very simple: dry brushing with grey, then dry brush with brown followed by a wash of diluted black ink. Very effective. 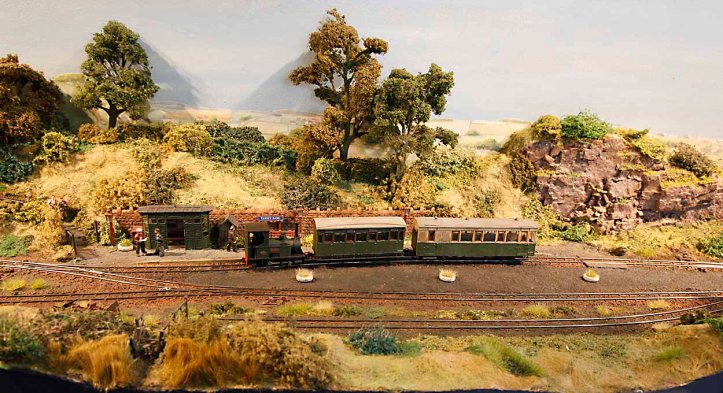 Ashurst Brickworks by Peter Rednall features an imaginary village and an 009 line transporting handmade clay bricks to a harbour. There was always something moving and the ‘figure of eight’ track created a good run for the locos. It was very popular with the visitors. 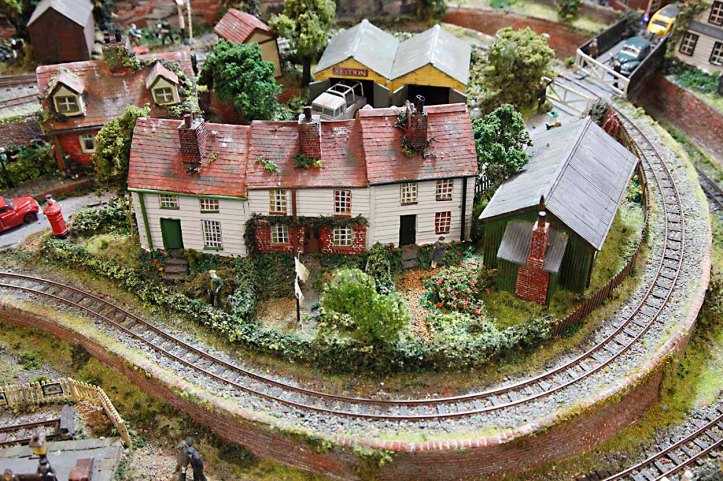 …and the layout was full of detailed scenes. Amazingly, Peter has fitted all of this onto a 4 feet by 2 feet board!

Finally, let’s go to Switzerland. Baerenthal, originally built by Ray Williams, was exhibited by Mike Ausden. This was a real slice of the Swiss alps, with alpine meadows, chalets, a rocky mountain stream and up to six different train running at any time. It was really nice to see a modern outline narrow gauge layout. Plus, it’s unusual to see an HOm layout which is HO (1:87) scale running on 12 mm track, representing a metre gauge line.

With such lovely scenery, and many colourful trains, this layout was incredibly popular. There was always a crowd of people around it and my photos don’t do the layout justice! 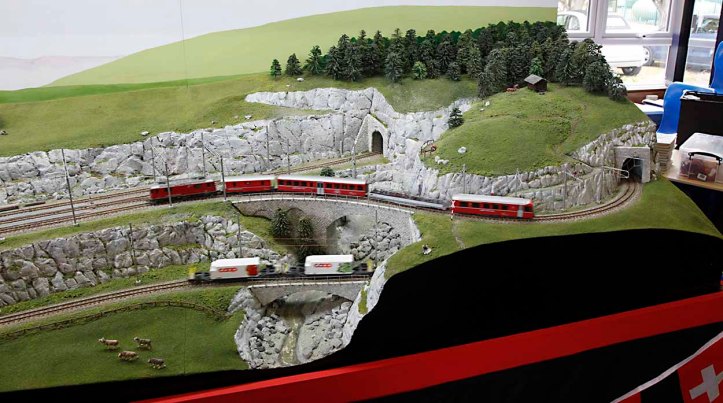 With plenty of interesting layouts and a good selection of traders, the Royston exhibitions are always good. I will be there next year!