Getting Ahead of My Self 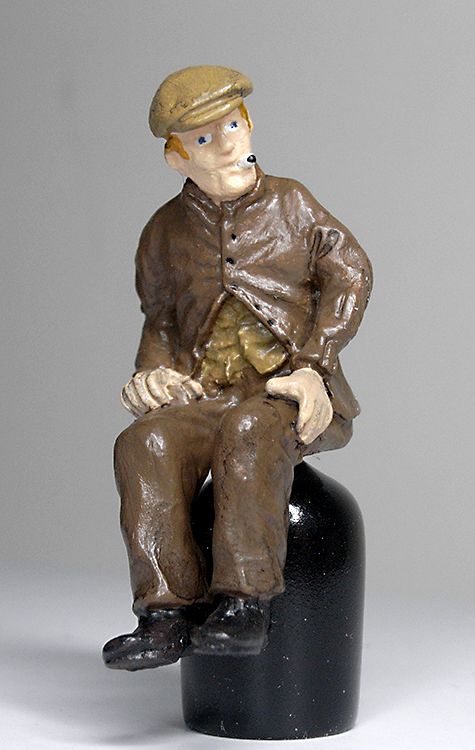 The little Ruston loco isn’t finished, but the driver is.

This is a S&D Models figure appropriately called ‘Industrial Loco Driver’ (number OF2A, in case you are a ‘figure spotter’). Originally his left arm was outstretched and his legs were further apart. He wouldn’t have fitted into the small cab of the Ruston so I repositioned his arm and legs. I wasn’t strong enough to do it with my fingers and I had to use a pair of pliers to squeeze his limbs towards his body. Thankfully the S&D Models figures are well made and it survived this tough treatment.

The figure was painted using various Citadel colours and varnished with a new varnish I’m trying. It’s supposed to be Matt but it’s a little more shiny than I’d like.