Cycling the Leek and Manifold

On a sunny day in early June the whole family set off to cycle the Leek and Manifold railway.

After the railway closed in 1934 the LMS donated the track bed to Staffordshire County Council. Although several people in the area lobbied for a road, the Council, to their credit, resisted this pressure and a footpath was opened in 1937. Today it’s possible to walk or cycle the whole length of the original line, except a few hundred metres in Waterhouses.

We started at the Ashbourne Road in Waterhouses near the old level crossing, originally just to the right of this photo. The old line and the cycle way cross this bridge.

In the next couple of miles, the line passes through the most spectacular valley, the river snakes under the old railway line and there are numerous bridges. At this time of year the riverbed is dry, even so I had to admire the tenacity and skill of the engineers. 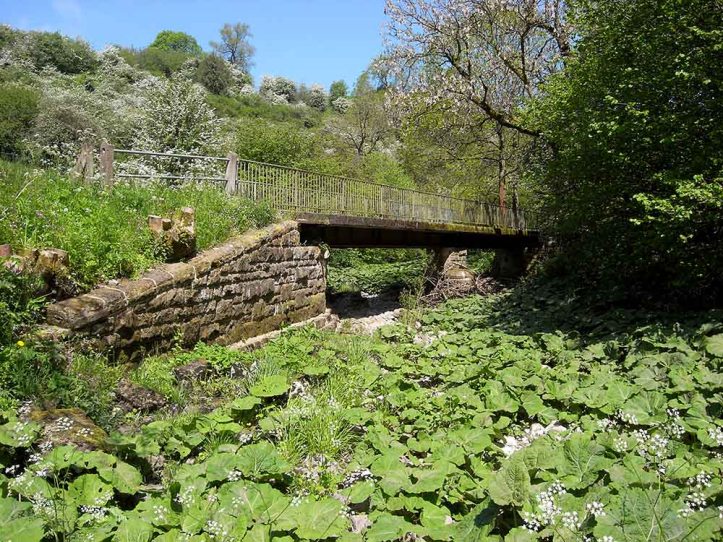 Soon we reached Thor’s Cave, parked the bikes and hiked up the hill to explore.

The views and the countryside were spectacular. This bend in the line was often photographed. It is very close to the original Thor’s Cave Station.

Back to the bikes and on to the South entrance of Swainsley tunnel. Cycling through the dimly lit 150m metre long tunnel was great fun. 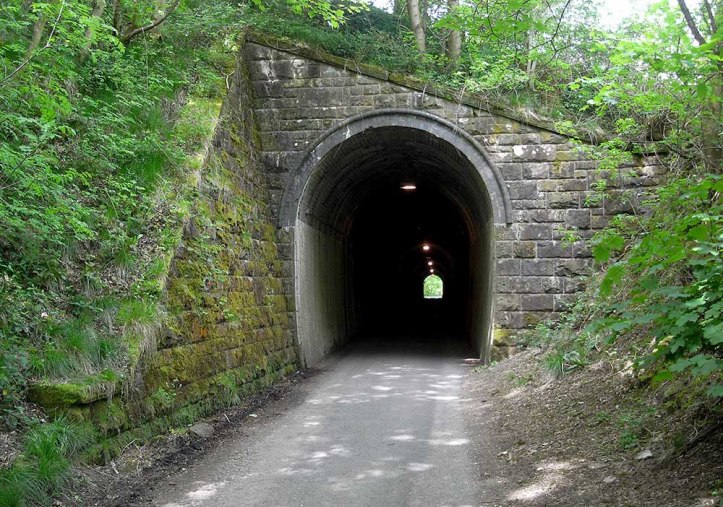 We continued past Wetton Mill and on to Hulme End Station. This is Hulme End today.

The ‘engine shed’ isn’t the original, it has been rebuilt to resemble the original. Inside is a cafe and shop with very friendly and helpful staff. I recommend the sausage and chutney bap, and the Victoria Sponge cake – delicious.

Next we explored the station building. It is the original building, and has been extensively renovated and restored by Staffordshire County Council. It looks great, but it is all that remains of the original station. Sadly, the platform, carriage sheds and water tower are all gone.

The rear of the building could do with a coat of paint.

Inside the station building is a very good model of Hulme End that captures the atmosphere of the line. What a sight it must have been to see the yellow coaches running down the beautiful valley. Quite understandably, the model is in a glass case so my apologies for the odd reflections.

Suitably refreshed we headed back. Here is the north entrance of the Swainsley tunnel, an impressive structure. The mouth of the tunnel is large, a reminder that the railway had a generous loading gauge and was capable of carrying standard gauge wagons on narrow gauge transporter wagons.

At Waterhouses we explored the former station area. It is surprising to think that there was once a station for the narrow gauge and the standard gauge branchline here. All that remains is the old goods shed. It is well preserved. 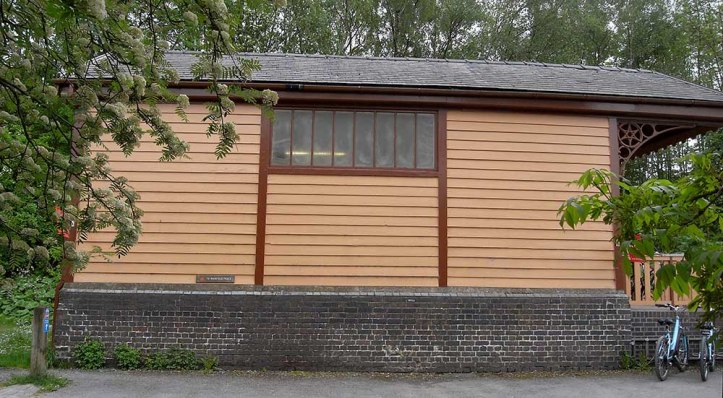 … with some nice details.

I liked the interior. An old goods shed, full of bicycles. Note the (iron?) structural supports. 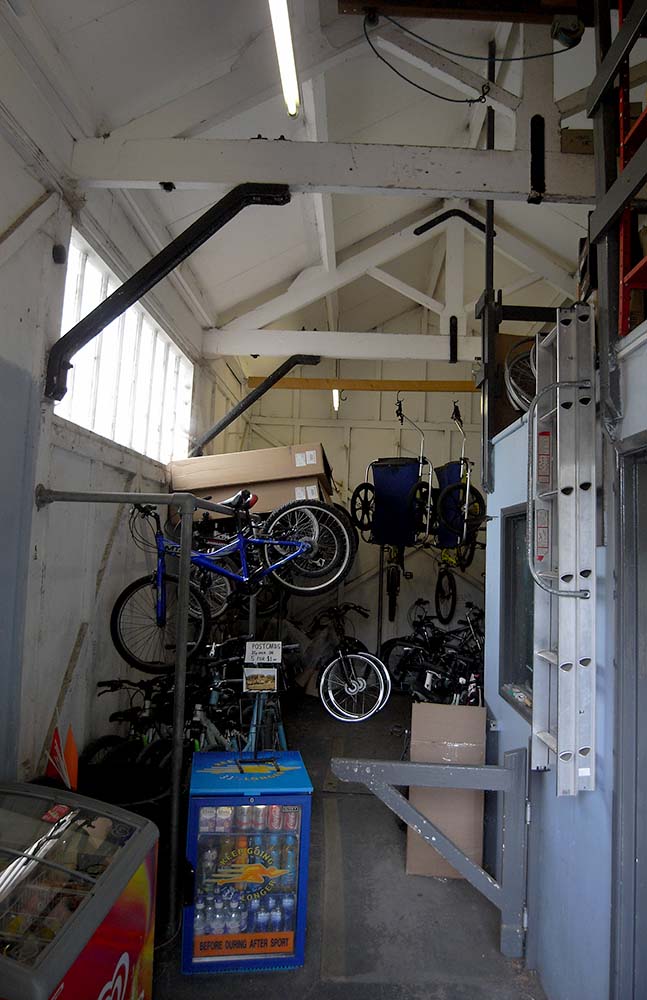 Cycling the Manifold Way is a great day out. The scenery is beautiful, there are no steep gradients, the path is well surfaced and there are plenty of cafes along the route. It is an easy eight miles each way, and our two 10 year olds really enjoyed it.

Add it to your ‘To Do’ list, it is definitely worth a visit!