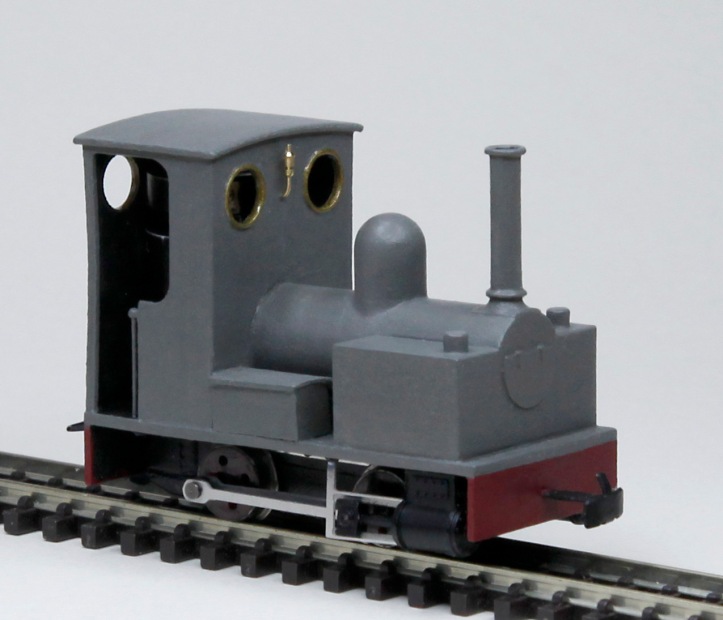 The Bagnall Wing tank is progressing.

I added a few details: handrails and a whistle from Markits, a tool box from a Varikit and a loco jack from RT Models.

Then on to the paintwork. It’s amazing how 3D printed models seem to soak up paint. After three coats of spray primer it was only just beginning to show the colour of the primer. I think I gave it five or six coats of primer before I was satisfied with the coverage.

Work on this loco will pause for a few weeks. I’ve ordered name plates and makers plates. When they arrive I will add them, weather the loco and varnish it.